Online Therapy During the Time of Coronavirus:

Men’s Mental Health: Why Aren’t We Talking About It?

Acknowledging mental health needs does not mean that a man is weak. The brain is an organ, and mental illness is a health condition, just like heart disease and diabetes. Mental illness is no different from high blood pressure or a stomach ulcer; left alone, it can worsen and become a bigger problem. It has nothing to do with the person the high blood pressure or heart disease is affecting. It says nothing of their character, strength, or personality. Mental health issues can occur to anyone at any time and is a natural part of the body system. By accepting this fact, we can start to incorporate mental health into our overall healthcare decisions.

Real Men Suck It Up

Men are often thought to fight through the pain. In sports, it’s what is expected. You play through an injury until the end of the game. You disregard your body’s needs. In the long run, the body deteriorates, and after all the abuse on the field, the body gives out. “Sucking it up” doesn’t work in daily life when it comes to mental health, either. When men disregard their mental health, it compromises their wellbeing in the long run. It also impacts their relationships, their work, and their quality of life. Men don’t need to suck it up. Instead, they need to get it checked.

Mental Illness Makes You A Burden To Others

By refusing to seek out treatment, men’s mental health can worsen and affect those around you negatively. It’s not the label itself that influences your surroundings; it’s how your mental health impacts your work, success, and relationships. Allowing yourself to get help can improve your life and the lives of those around you.

Man or woman, mental health can not be separated from physical health. Mental and physical health co-exist, affecting our overall well-being. Unfortunately, our society teaches men that their mental health should not be acknowledged. They’re silenced from addressing that side of their health, and it’s killing them.

The numbers speak for themselves. Mental illness is common, with one in five adults experiencing some mental health concerns each year.  According to Mental Health America, over 6 million experience depression each year. The numbers are higher when it comes to anxiety, with 19 million adults suffering from the disorder and 3 million men experiencing panic disorders and phobias. People with eating disorders are traditionally thought of as being women. However, 35% of individuals with binge eating disorders are men. Male veterans are twice as likely than female veterans to have an alcohol or substance abuse problem. These numbers confirm that men’s mental health issues are present, and it’s presence needs to be discussed.

Mental Health America recognizes five major mental health issues affecting men: bipolar disorder, psychosis or schizophrenia, anxiety, depression, and eating disorders.  Mental health issues can present themselves differently in men than how most people understand them. For example, depression symptoms in men may not appear as sadness and helplessness. Instead, men might be depressed, but instead, their depression can show up as anger, irritability, tiredness, and loss of interest in their work or hobbies.

Mental illness doesn’t discriminate on talent or money. Recently, famous men have come forward to start the dialogue about addressing mental health in men. Two NBA players, Royce White and Larry Sanders have both been very open about their mental health struggles with anxiety. Sanders suffers from panic attacks. He has stated that obtaining help was challenging because mental health is stigmatized, making it difficult to even acknowledge the presence of a mental health issue.

Male suicides have been increasing steadily since 2000, and it is the 7th leading cause of death for men. Over 75% of suicide in the United States are men. Rates of suicide are much higher in rural areas, where access to mental healthcare is limited. Wyoming, Montana, Utah, Alaska, and New Mexico all have the highest rates of suicide in the United Staes. The high rate of suicide in these may be due to the lack of employment in those areas, contributing to feelings of failure and helplessness. Veterans, Native Americans, and gay men also have high rates of suicide. The risk for suicide in males is higher for those who are unemployed, are socially isolated, have a substance abuse problem, or have a history of trauma.

Men are much less likely than women to seek help regarding mental health issues. Men have to struggle with the stigma attached to being a male with mental health problems. This stigma can result in feeling shame, anger, or fear and result in a resistance to seek out treatment. This stigma is real, it is present, but it needs to change. It only works to keep men in the dark about their mental health. It keeps everyone from having the conversation necessary to improve men’s mental health. Some men prefer to obtain medication and not seek out therapy or counseling. Although medication does help in a lot of cases, medication doesn’t address the cognitive and behavioral aspects of mental health. In short, “Pills don’t teach skills.”

One last myth to talk about is:

The objective feedback that treatment provides is a crucial component of what makes it so effective. Sometimes it helps to have an outsider listen to problems and help work through concerns. Having a trained therapist to bounce ideas off of and help guide your decisions can help to ease the burden of feeling alone. Trying to manage your mental health concerns all by yourself is like trying to drive in the rain without windshield wipers; you can’t tell where you’re going if you don’t have anything to help clear your vision.  Seeking treatment is not a weakness. So, ask for help and have those conversations, your health depends on it. 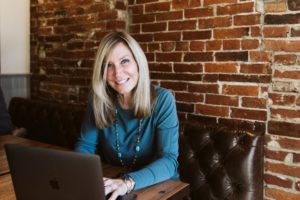 If you need immediate help for any reason please call 911, visit your nearest emergency room, or call the National Suicide Prevention Lifeline at 1-800-273-8255.